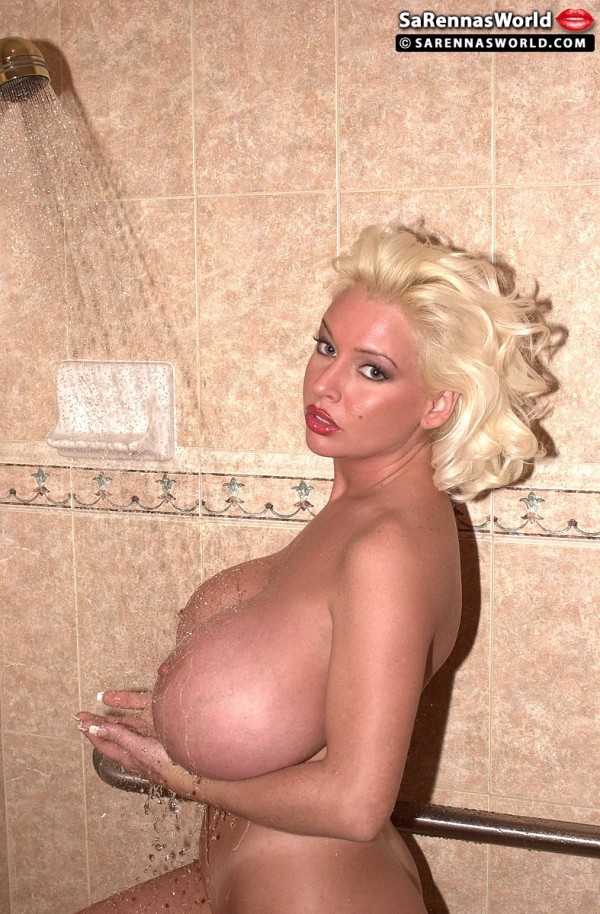 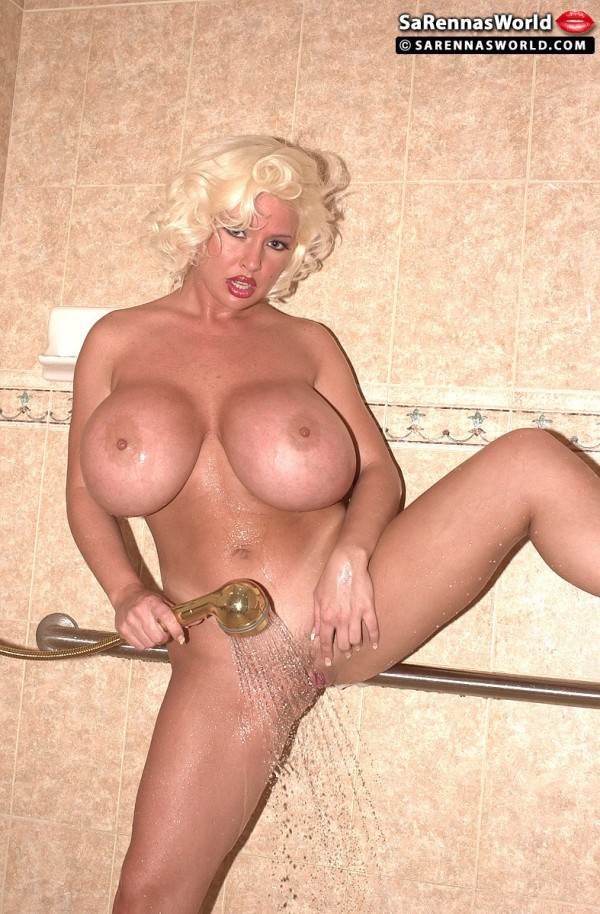 After a nearly two year absence, SaRenna returned to the men's magazine company that she is so closely associated with: SCORE. During the first week of February, 2001, SaRenna, now living in Florida, paid a visit to the new SCORE building and studio, where she was lensed by Senior Staff Photographer Peter Wall, the man who photographed SaRenna for her SCORE covergirl debut in our December 1993 edition. Peter used a digital camera for this shower set, and also lensed SaRenna on traditional tranparency film for her July 2001 SCORE Magazine return. SaRenna's fabulous -- as ever.