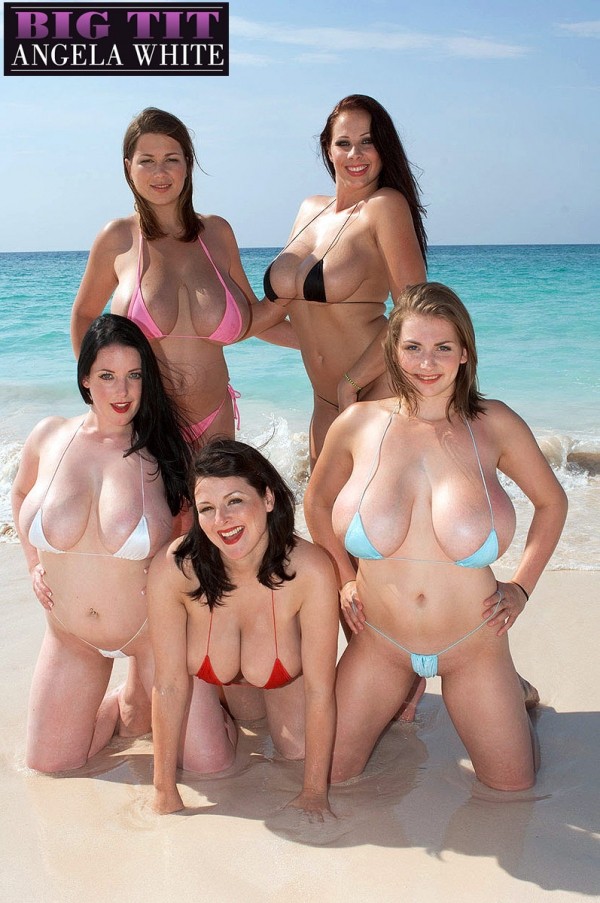 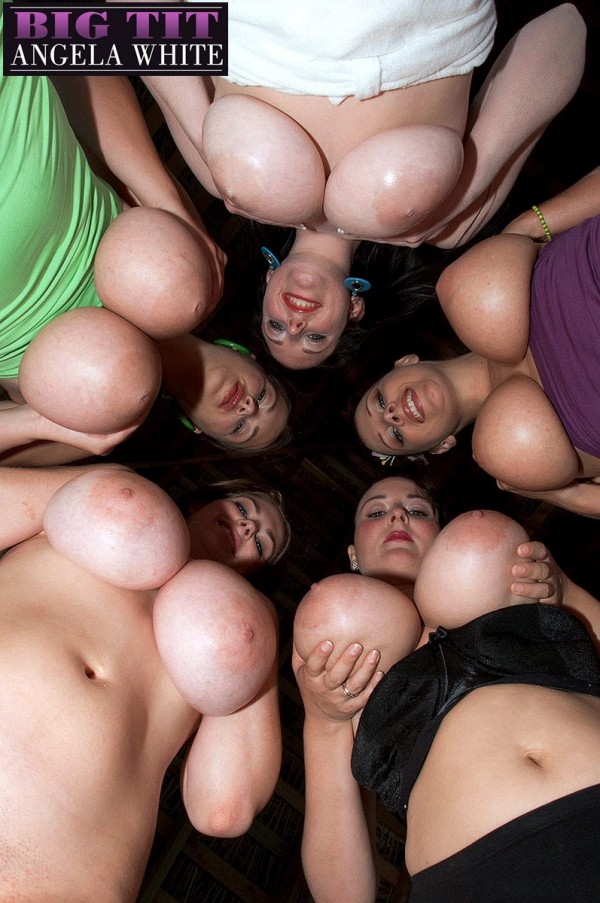 In choosing the models for the Big Boob Paradise shoot, we had a few goals in mind.

First, we were looking for naturally-endowed models who would prove equally attractive to both SCORE- and V-Men.

Second, we wanted to take this opportunity of shooting offshore in the Bahamas to photograph some of our best international models. The newest version of the United States government's 2257 regulations forbid U.S.-based companies from shooting any models that do not have U.S. identifications on U.S. soil. In other words, to be compliant with this law, we cannot fly non-American models such as Angela, Lorna or Terry to our Miami studio to photograph. However, it is legal for us to shoot them at an offshore location. As for Christy Marks, she is from Pennsylvania and we had no such concerns.

This is a hand-picked collection of prime photos from Big-Boob Paradise. First, we see the girls on the beach during the shooting off the opening sequence of the DVD. Then, the girls oil and massage Christy's tits. Then it's back to the beach for more fun in the sun, then more action under the tiki hut.

"I had the time of my life," Angela said. We could've guessed.