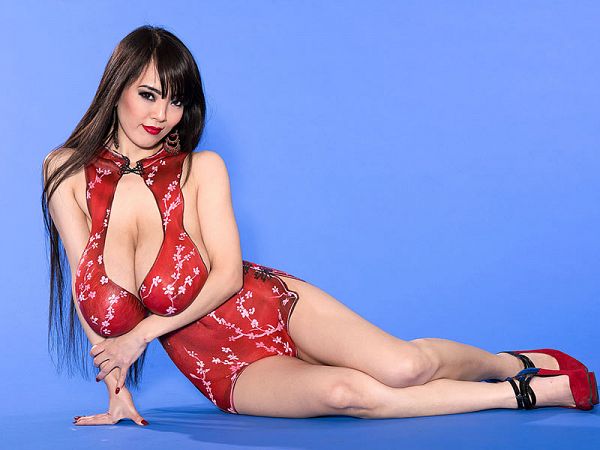 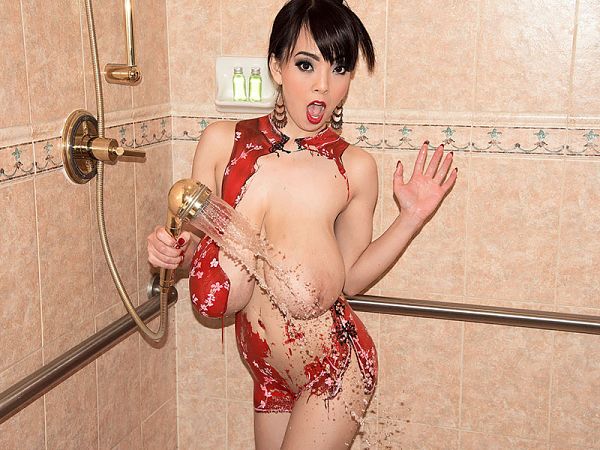 The SCORE art and studio staff were invited to choose the right look for Hitomi's body painting and this "dress" was picked for its Asian cherry blossom flavor.

Mr. John Neyrot of Neyrot.com is the master artist who had the honor of painting Hitomi's beautiful body. It took John and Hitomi four hours and she had to remain still for most of the time, periodically moving her arms or hair, so John could work his magic. This was a major undertaking.

"I've been painting for 20 years, so I've experienced a lot," said John. "But those were the largest naturals breasts I've ever painted. She is very beautiful, and I was amazed when she showed me her breasts and what I had to work with." John needed super-concentration with a girl like Hitomi before him as he applied brush to skin to create his intricate design. "I love how it turned out," he said. "I hope Hitomi liked it."

This time-lapse video condenses their long hours of work into an extraordinary show. A shot from the photo set was used as the cover for September 2015 SCORE, a collector's edition.