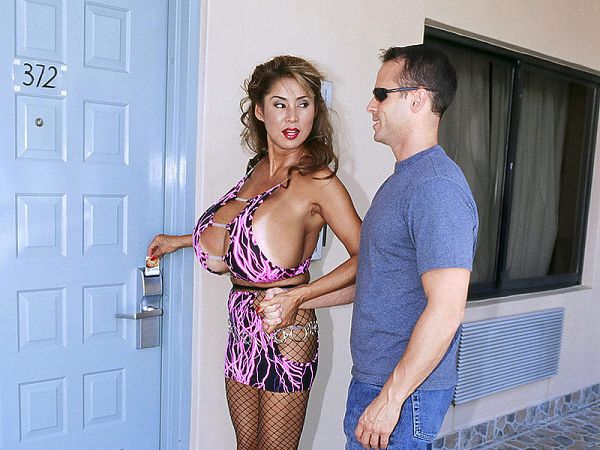 Minka has enjoyed a long and distinguished modeling career, and she's still going strong. The October '14 SCORE magazine celebrated 20 years of Minka with a cover and a 10-page spread that also looked at her videos including this scene from Tit Attack.

In this scene, the notorious hot-sheet fuck palace called The No-Tell Motel is the setting where Minka provides mega-boobed full service. He's been cruising with a pocketful of cash when luck strikes. He sees Minka in a tiny dress on the street outside the motel and is prepared to fall in love inside the No-Tell's "Jungle Paradise" room with mirrored ceiling and a vibrating bed that takes dollars.