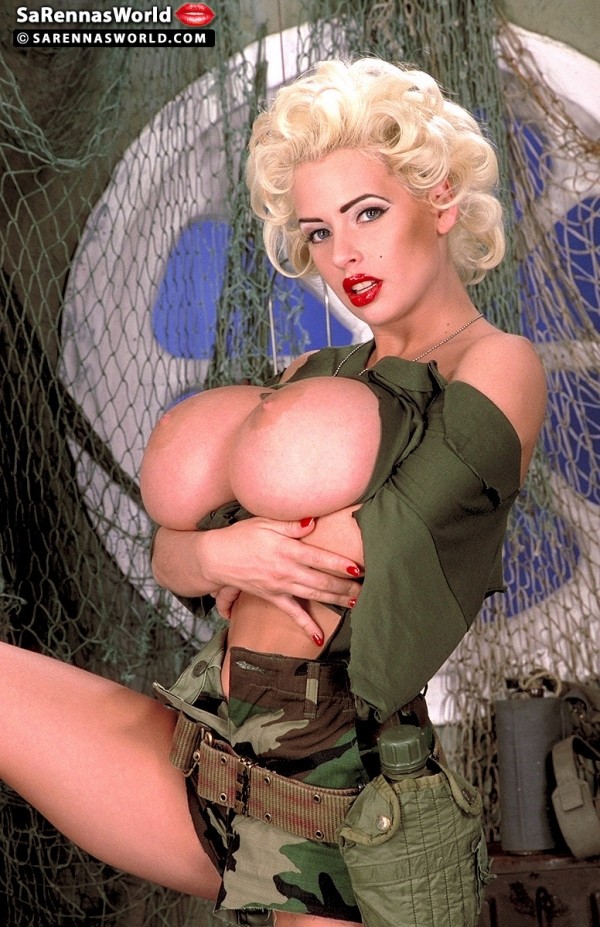 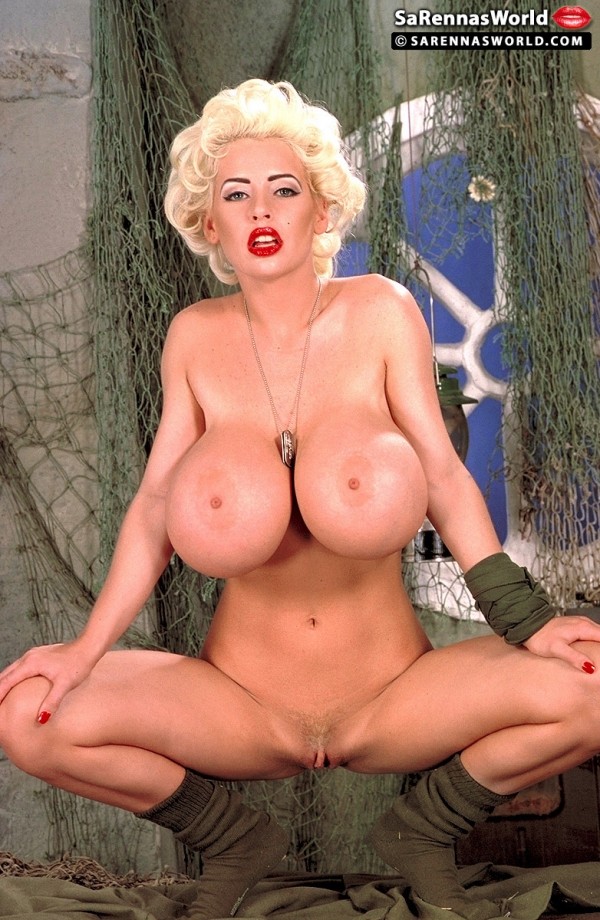 This set was produced by John Graham at SCORE's UK studios in the mid '90s. If Uncle Sam signed up SaRenna for a recruiting drive, boot camp could take on a whole new meaning. No offense to GI Joe, but Sergeant SaRenna really makes us stand to attention. We also think our boys overseas would be thrilled to see Miss Lee with the USO. SaRenna models specially designed gear, for example the t-shirt with the strategic cut-out, so her boobs are front and center at all times. Her uniform is engineered for easy removal so she can field-strip quickly. Why even try to camouflage those assets? Word has it the Pentagon considered a Mamazon regiment, led by SaRenna, for special missions. Like nocturnal emissions? That's classified. But these shots are yours to enjoy.