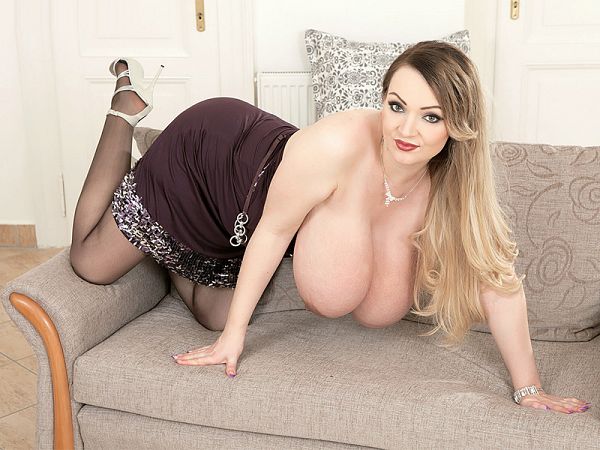 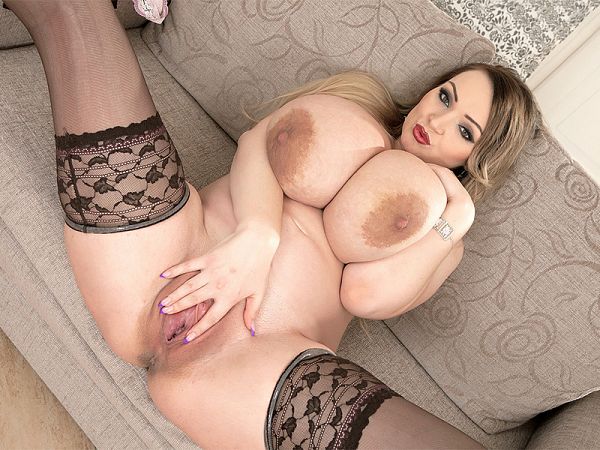 Micky Bells wasn't in Voluptuous magazine during 2015 because she had slimmed down and was a covergirl for SCORE instead (July 2015). That was the reason Micky was in the SCORE contest for Model of the Year instead of V-mag's contest. Had Micky been in Voluptuous in 2015 looking like this, she probably would have won Model of the Year. Like everything else in life, breasts have their ups and downs.

Micky has consistently been in the Top 20-rated list at SCORELAND for years and her recent series of pregnant shoots (she thought her tits had grown to 36L-cups) have breast-notized everyone with the sheer size and shape of her boobs. She even said in a chat that she has a hard time self-sucking her nipples, one of her uniquely mamalicious talents when she's on-camera.