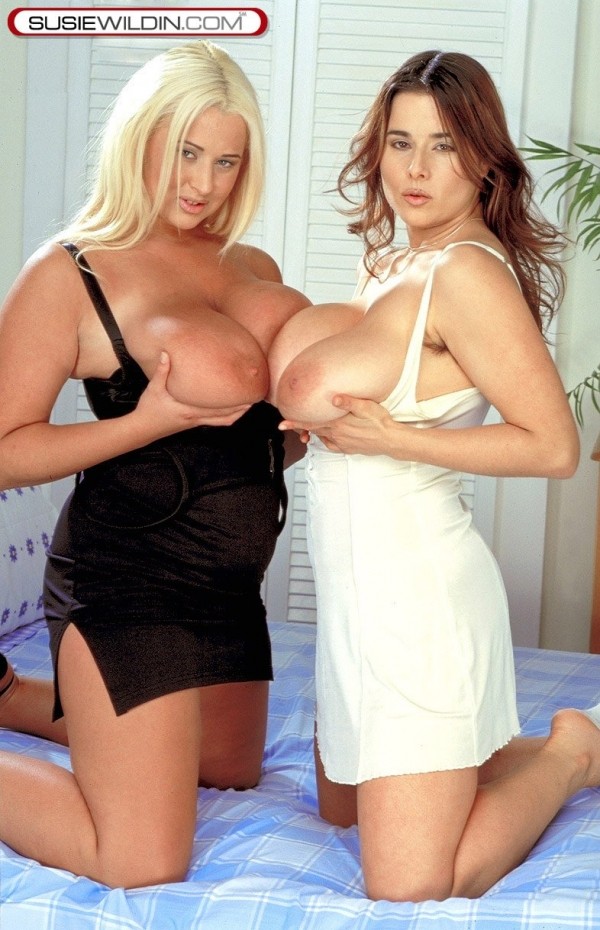 We had been scheming to get Brit tit titan into a suck-off scene with another super bra-buster that would rattle our rocks, and now it's a dick-bending reality. Looking over the list of cleavage contenders for Susie to go nipple-to-nipple with, our hunt narrowed down to a handful of prominent names. Who better to savor the sweetness of Susie's poonani than that modern-day legend, a woman who has tasted the honey pinkness of numerous fantastic SCORE and V-Mag models. That's right, lads. We're talkin' the one and only Valkyrie of Deutschland, a lady beloved by thousands of SCORE and Voluptuous Men over the years: Chloe Vevrier. Now, seeing Susie suck on Chloe's fantabulous pointers was proof positive that Susie is every jiggling inch the superbusty superstar we all believe her to be. Chloe's in a particularly hirsute condition here. If you think you've seen Fraulein Vevrier in boiling spreads before, get set for what may be her horniest boob-to-boob ever.