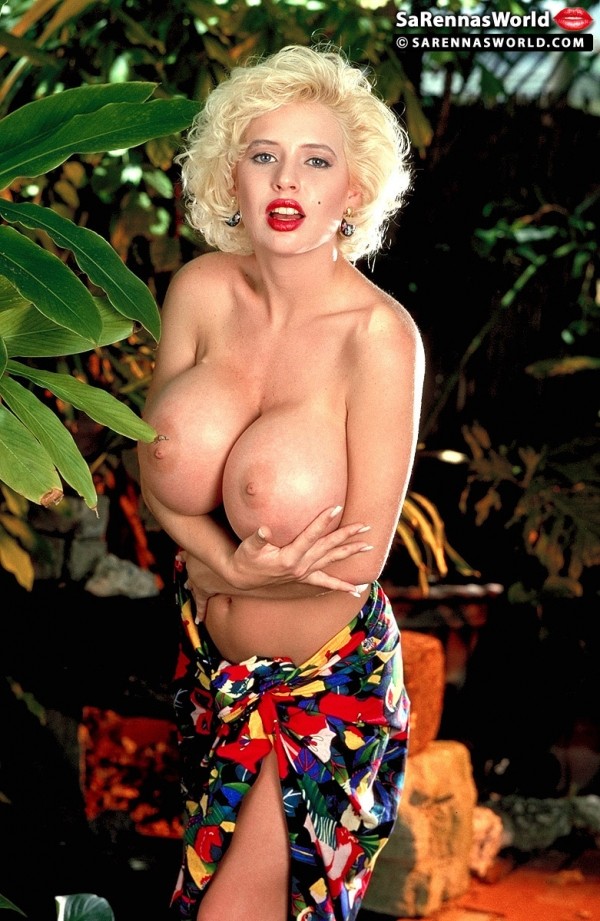 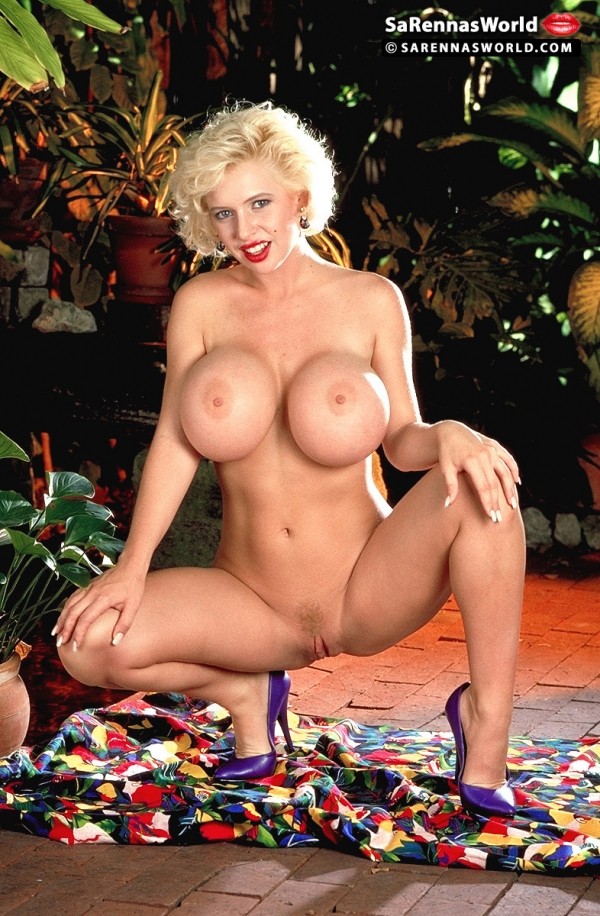 "This is the second of two Key West pictorials SaRenna Lee did with SCORE
photographer Peter Wall in 1993, a pictorial that's still famous in the world of big-bust modeling more than a decade later. The early '90s were big years in more ways than one. Good friends with SaRenna at that time, Pete also went on television with SaRenna for a Richard Bey Show episode. This was a talk/novelty show that was broadcast from WOR-TV Channel 9 in Secaucus, New Jersey. Bey regularly booked many of the SCORE Magazine superstars, such as Busty Dusty, Lisa Lipps, and Wendy Whoppers."