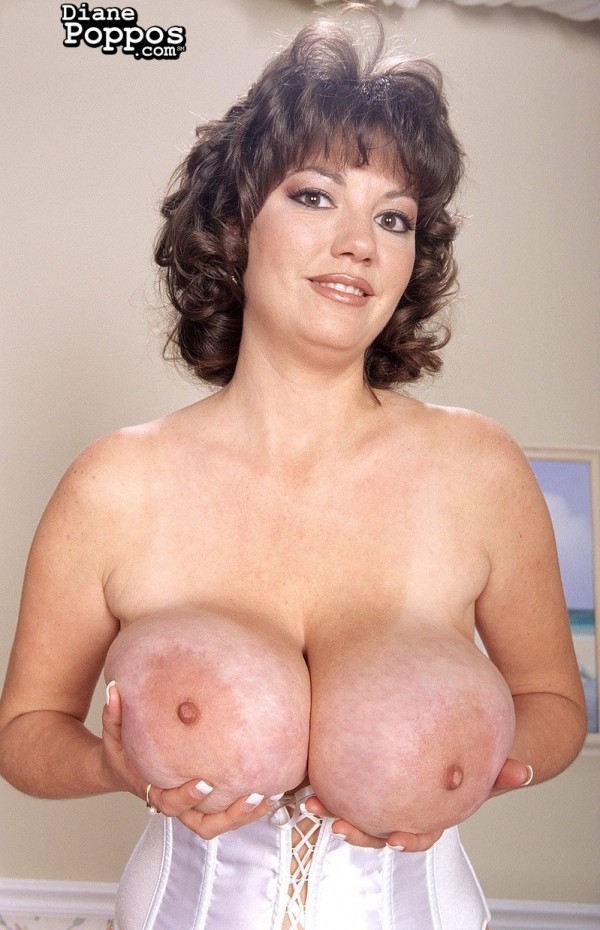 From the time she first burst upon the big-tit scene in 1999 and was declared one of the greatest naturals of all time by lovers of big boobs, Texas housewife Diane Poppos has never failed to startle admirers with her rare combination of woman-next-door looks, slut-in-the-bedroom sexuality, H-cup tits and 42-27-36 body. At 5'7", 132 pounds, she is the epitome of tall, slim and stacked, but as Diane's millions of fans know, there's more to her than just her looks. There's her attitude and approachability that make her rise above the level of big-tit superstar. Now, step into Diane's online home, where lovers of beautiful, big-breasted women are always welcome.