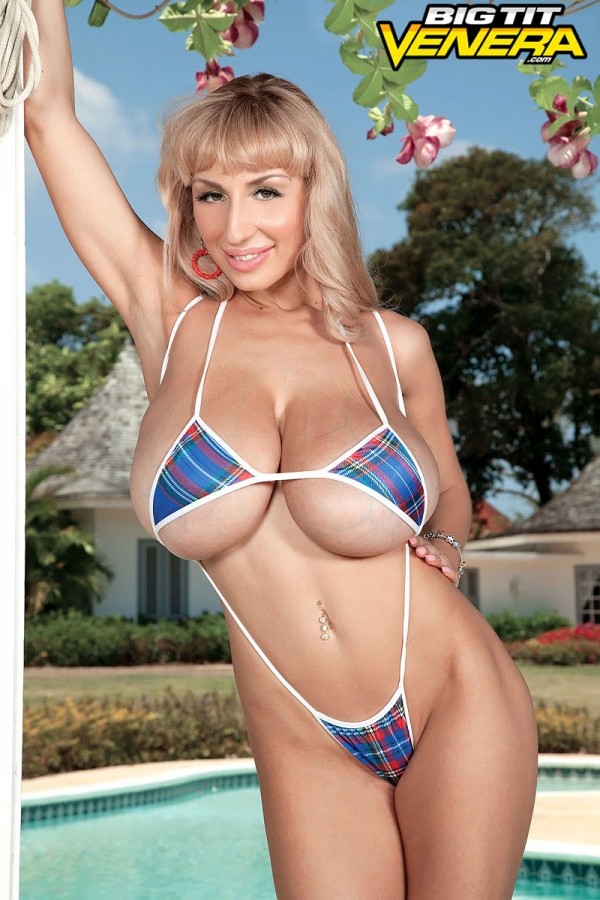 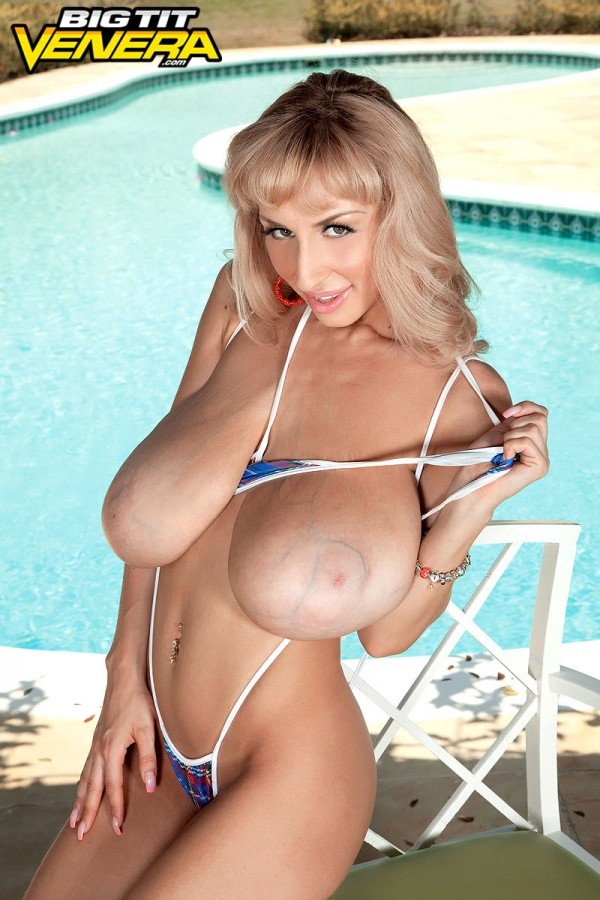 SCORE covergirl Venera has a new bikini and she is eager to get out of it...after you get an eyeful. Venera knows she's special, a natural marvel. Men look at her. Women look at her. "Girls stare at me all the time, and sometimes they make comments that aren't very nice," Venera says. Yes, that same old thing. Jealousy. Envy. The usual emotions big-boobed girls face. But we hope the good things outweigh the pettiness of some people. "They say, 'Look at that girl! Look at what she's wearing. Look at her fake boobs!' They don't understand. They can't believe that my breasts can be so big and natural. Iâ€ˆthink if they had boobs like mine, they would be wearing the same type of clothing." Venera speaks the truth. "Right now I'm single. It's pretty hard to have a boyfriend who will understand what I do. Not every guy will accept his girlfriend shooting naked photos and traveling around the world and meeting people and so many men looking at me. Maybe one day I will stop modeling and settle down, but not yet. Iâ€ˆam having too much fun!" To be continued.

See More of Venera at BIGTITVENERA.COM!

Register your 100% Free ChatNude4Free account today and enjoy the hottest girls and couples live on cam! No Credit Card required! No restrictions or limitations! Unlimited access to all chatrooms!